Now that your child has turned a year old, it's time to update their bookshelf! Here are the best books for 1-year-old children.

Although most children do not start to read until they are between three and five years of age, there are so many benefits to reading to your baby at the earliest stages. By stocking your nursery with some of the best books for 1-year-old kids, you can start good reading habits early and strengthen your bond by establishing daily reading rituals.

Reading to 1-year-olds gives them a sense of closeness, language, and imagery. The best books engage their senses, and give them context for the things around them, like colors, animals, and emotions.

Here are fifteen of the best books for 1-year-old children. You will find that you will love them too, no matter how old you are!

9. Where the Wild Things Are

14. The Adventures of Peter Rabbit

Best Books for 1-Year-Olds: Those You Enjoy Together

One of the best books you can get for your little one is a personalized pet book. When they see their favorite furry friend in a book, they will immediately be engaged and excited.

How fun to glimpse the familiar face with whom they have grown up in the pages of a book! Whether it is a dog, cat, or other creature, when your child sees their beloved Rover or Fluffy represented in a book, they will experience their first thrill of the delights of reading.

You can even include multiple pets in the story. When you read aloud, give each pet a distinctive voice, and use that throughout the day when interacting with your child and your animals. 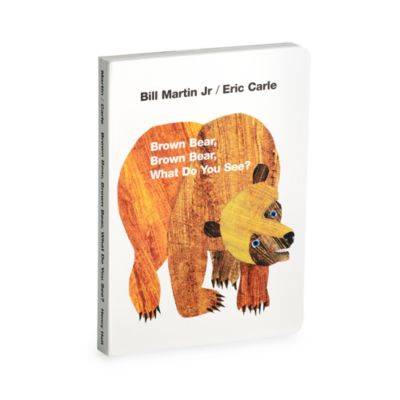 This perennial favorite helps kids begin to learn about animals and colors.

Illustrated by Eric Carle, who also wrote "The Very Hungry Caterpillar," the pictures are actually bright, eye-catching collages that look as nice to touch as they are to look at.

The singsong nature of the text makes this book fun to read aloud, and easy for kids to imitate.

Put your pet in a book!

Put your pet on socks!

Put your pet on a toddler shirt!

Put your pet on a shirt! 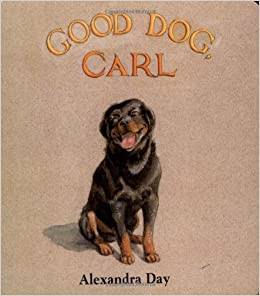 "Good Dog, Carl" is one of a series of board books without almost any words. Kids love the story of the kind-hearted Rottweiler babysitter, who rescues his ward from all sorts of mishaps without the knowledge of the mom who left her little one in his care.

For Rotty-lovers and other pet-owners, it's always fun to see these seemingly ferocious creatures depicted as they truly are: loving, loyal, and protective.

Since these books do not have words, parents can make up a story and dialogue to go along with the pictures. Or kids can flip through the sturdy pages on their own, and let their imaginations fill in for the lack of text. 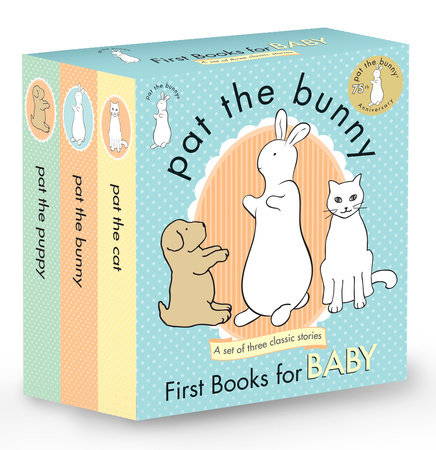 "Pat the Bunny" was published over 60 years ago, and it is still a favorite for all families. Families often hand down well-worn copies from generation to generation.

What's not to love about a book that engages your senses of touch and vision so viscerally? You can feel the rabbit fur (not real of course!), peek in the mirror, and really become a part of this sweet, simple tale. 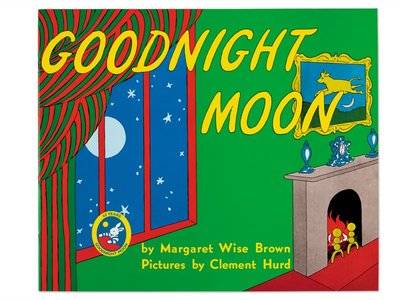 Many people still remember all the words to "Good Night Moon," from when they read it to their kids or from when it was read to them. Its magical, surrealist quality makes it an excellent bedtime story, lulling everyone to sleep with its lovely poetic language.

Everyone can also be enchanted by the tiny details on each page, from the bowlful of mush to the little mouse. Who doesn't love the idea of saying goodnight to everything one lives in one's room before closing one's eyes? 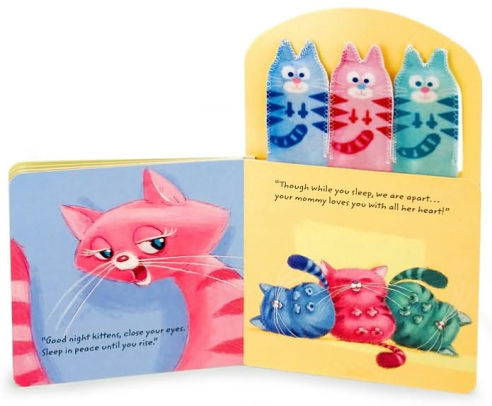 A more modern entry in the list of classics is this children's cat book, inspired by the movie "Despicable Me." Cat lovers will adore these furry, naughty characters, who are anything but sleepy!

1-year-olds will like the simple story, and older kids may enjoy the tie-in to one of their favorite animated films. 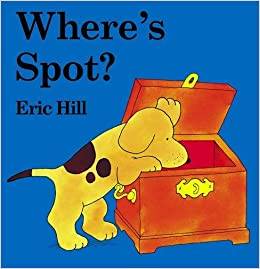 "Where's Spot?" 'is another adorable dog picture book that you may remember from your own childhood. It's been around a while because it is so simple and memorable.

Readers can flip open flaps to discover all sorts of other creatures in the house before the mother finally discovers her own little devil. Dog lovers are not the only people who will delight in this sweet story. 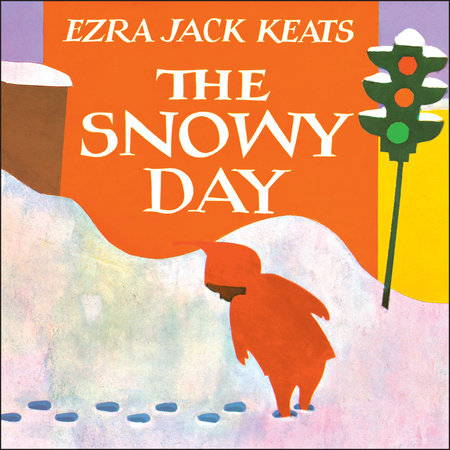 Written during the civil rights era, this book became famous for being one of the first children's books to feature an African American main character. However, the beautiful tale is universal.

It follows Pete as he discovers the magic of his first snowfall. He tries to take home a snowball, which of course melts.

The winner of many awards, the striking collage illustrations make this book a feast for the eyes.

9. Where the Wild Things Are 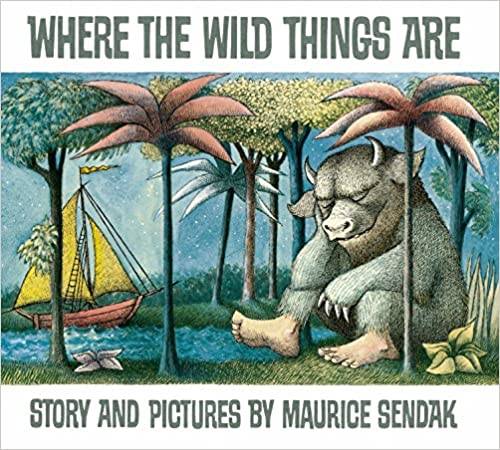 Maurice Sendak's classic "Where the Wild Things Are" made quite a stir when it was first published, and it has been capturing the imaginations of readers of all ages for the last several decades.

The book was controversial when it was first published for many reasons. The child was naughty and sent to bed without supper. The monsters were strange and frightening. The illustrations were dark and heavy.

Of course, this made the book all the more appealing to children who, it has been found, have a healthy attraction to dark elements in art as well as light. There is something healthy about being able to contain one's wildest emotions in the context of characters, drawings, and stories.

Now Sendak is considered a genius. To a 1-year-old, however, this little book still captures the magical world of the imagination with all of its scary and comforting elements.

Other Sendak books are also appealing to little ones, especially "Nutshell Library." That collection contains four little books in a delightful container. Each one describes similarly mischievous protagonists who learn important life lessons, like the importance of caring ("Pierre").

Sendak's impressive line drawings are always breathtaking. His art has been incorporated into theatre productions and opera! 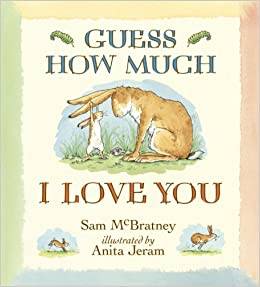 So many families love this silly game where you attempt to show your boundless affection within the width of your arms, or to the moon and back.

Plus, the characters are bunnies. We all love bunnies! 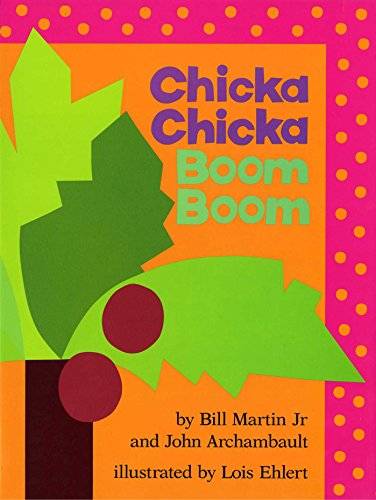 This seemingly silly story actually lays the groundwork for lots of future learning. It personifies the letters of the alphabet in a whimsical adventure involving a coconut tree.

The use of letters and simple mathematical-type "problems" establishes the use of letters and equations as symbols of communication. Put it in a delightful context of kooky family members and funny rhymes, it sets the stage for a great love of learning and joy in reading and math.

This book is slightly more sophisticated but is still a sweet tale to read to younger audiences.

Corduroy the teddy bear lives in a department store and is constantly overlooked by shoppers because his overalls have a missing button. He finally meets his best friend who adopts him and loves him just the way he is.

The book touches on some sad themes like loneliness and being judged. However, it ends happily, with an enduring message of hope, friendship, and love. Don't be surprised if you get a little tear in your own eye while reading this one to your little bear. 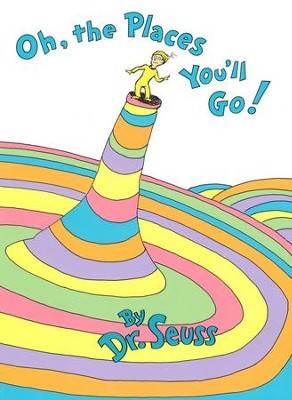 This book, or "Cat in the Hat", or any other Dr. Seuss fantasy, will be a delight for little ones and kids of all ages.

Dr. Sueuss was a master of crazy rhymes and creatures that resonate with all children.

"Places" is a timeless gift, and is also presented to high school graduates and even older kids because of its themes. It follows the ups and downs of life in a colorful and exuberant way, while not shirking from the idea that there will be bumps on the road. This is an important lesson for everyone to learn from an early age!

14. The Adventures of Peter Rabbit 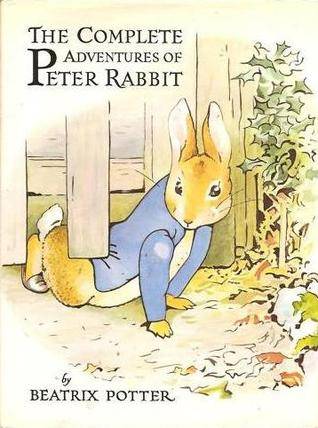 Beatrix Potter's collection of tiny books may seem old fashioned, but many children and parents alike delight in its intricate drawings and nostalgic depictions of an idyllic English countryside and its woodland creatures.

Peter wears a waistcoat and eats bread and butter with tea, along with more rabbity behaviors like stealing vegetables from a farmer's garden. Over a hundred years later, this whimsical tale still enraptures readers with its magical depiction of a long bygone era.

Plus it offers timeless moral: when you disobey momma, there are consequences!

If you want a special present from Grandma, ask for the full Beatrix Potter collection. Kids delight in nicely bound volumes (even if they don't always take good care of them). Ms. Potter created a whole universe of cunning little creatures who are mainstays in English literature, from Jemima Puddleduck to Squirrel Nutkin to Mrs. Tiggy Winkle.

Children love their dainty little outfits and how they combine animal behaviors with more human possessions, like fishing poles and cooking ovens. You may even find yourself reading aloud in a British accent!

These books are a magical way to show how literature can transport you to a whole different place and time. 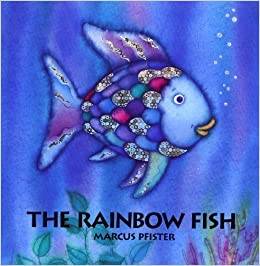 "The Rainbow Fish" is another seemingly simple tale with a very deep message. Kids may be enchanted by its sparkly illustrations, but the moral of the story is more than meets the eye.

The rainbow fish is initially very vain because of its beauty, but he doesn't seem to have any friends until he gives away all of the shiny scales that made him so beautiful. You can see many levels to this story involving being selfless and generous, and not relying solely on your looks.

No matter what the deeper implications, the undersea world is magical for all readers, and kids will revel in the rich colors. There is also a nice video version of this story. 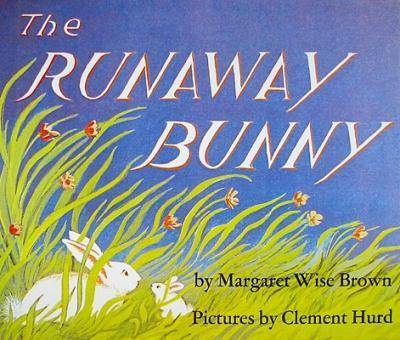 There is something universally appealing about naughty bunnies!

This classic was written and illustrated by the same team that produced "Good Night Moon," Margaret Wise Brown and Clement Hurd. It's been entertaining and soothing families since 1942!

The baby rabbit declares his intention to run away, to which the mom declares her undying love for him and her constant presence. She repeats: "If you run away, I will run after you."

This declaration of constancy and permanence is what children seem to crave, especially at an early age and at bedtime when Mom is getting ready to go into another room.

Kids love knowing that mom will love them no matter what, even when they are naughty. Commitment and reliability are integral to raising confident grownups, so have fun with this story that instills the message early!

Best Books for 1-Year-Olds: Those You Enjoy Together

The best books for 1-year-old kids are those that open their eyes to the joy of reading. You can do this with engaging stories, familiar faces, and fun references to their lives, like with pictures of the animals they know and love.

Read the classics together, or create a personalized book that showcases their favorite furry members of the family. No matter what you read, you will be enjoying invaluable time together and establishing bonds and habits that will last a lifetime.

If you are interested in creating a special book for your pet-loving family to read together, check us out!

Petventures was created by a group of dog and cat lovers in New York and San Francisco, inspired by our amazing pets. While we occasionally growl and hiss at each other over the respective merits of our feline and canine companions, we are united by our love of art, storytelling and goofy critters.